Today’s story is not about a new sexy sports car, Vespa, BMW, Subaru, or a Honda. Instead, its about one special dog that helped me make a life transition thirteen years ago which resulted in my first post The Beginning.

To really understand how great a life change I made is to understand my work and how I executed it fourteen years ago. I was a quality management consultant who developed the ability to create online management systems. I put these two traits together to offer my clients an affordable yet complete solution to ISO 9001 certification. My clients were all over the United States and even some in Mexico.

My week started on a Saturday night where I would pack and get ready for an early Sunday morning flight. My wife would drive me from Cornwall to Montreal airport, often having to leave the house at 3:00 AM. I would fly to the client’s city and get checked into a hotel. Monday morning the client would pick me up and I would work at the client creating procedures, provide training seminars and perform auditing until Friday. Depending on the client’s location, sometimes I could fly home late Friday night and get in by midnight or I would have to wait until Saturday early morning to leave and arrive home late Saturday afternoon.

Now if that was not enough, during the week I worked at the client. But after work is when my real work and challenges began. Back then not all hotels had high speed internet. Mostly offered a slow connection and often a dial up connection. Their upload speeds were horrible. I would get back to the hotel around 5:00 PM and my work began. I would have to go through each procedure I had written, proofread them and then create internal links from one procedure to another when I would refer to another procedure. This was often hundreds of links. I got used to doing this in a bar while I ate horrible food and drank much wine.

After that part of the job was done, usually by ten or eleven at night, I would head up to my room and connect to the internet. This involved modems! I would then load the procedures into a prepared web type system that I had created which acted like a template. I then clicked upload and flopped down on the bed. I had to stay up for at least thirty minutes to ensure that the upload was not disconnected due to a time out. The uploads would typically take between three to five hours. Therefore, my sleep was never sound. It never was. I would constantly get up and check to ensure the upload was continuing, otherwise I would need to restart it.

Then the alarm would go at five and I would get up and service the other clients be reading and responding to their e-mails. This process was all consuming, especially the more west I travelled due to time zones.

I had no time or energy to even think or dream about riding a Vespa through country roads or getting under an MGB to change shocks. The balance of my life was spent with my wife, Chantal, and our dog Oddie.

I always felt guilty about Oddie, our first cavalier since I was never around for the last half of his life due to my life consuming travel and work. As Oddie hit eleven he had heart disease and we decided to get another puppy.

Here enter Porthos. I wanted to do right by this little guy, so I rescheduled my business and started to focus more on helping existing clients and planned to not travel for four months to give the little puppy all my attention and training.

My days started by getting up, bringing him out, cuddles in bed and then off to the kitchen for food. Everyday at ten, noon and three o’clock was training time. I had him doing so many tricks and he was so obedient. He trained for apple pieces. I would go into the kitchen, take out an apple and as I began to slice it into pieces, Porthos would sit patiently knowing that he would have to perform for some pieces.

Nighttime was all about cuddling. He slept between me and Chantal, bouncing back and forth during the night. I think he was getting equal time with both of us.

Daily walks, snow mountain fun, cuddling, playing and life was amazing. Until my planned four months of no travel was coming to an end. My body had started to change with a better diet at home. My mind certainly was much clearer, and I slept the night. Unfortunately, at that time we had to say goodbye to Oddie and Porthos became the big dog.

I decided to stay home for an additional month to continue the daily training, school I called it. I even thought of my self as becoming an expert on the subject of puppy training and I wrote an article, Knowing, Kibbles and Kisses.

One month became two, then four until a year passed, and I had only travelled to one place, Baton Rouge to my favorite client to help them with a yearly audit.

At the end of the year, my revenue decreased by more than 50%. Prior to that, I would take family on expensive vacations, all inclusive Disney world, Jamaica, Club Med, Hawaii, and we did this frequently. Obviously, I needed recuperation time after working months out of town day and night, week after week. So I worked then splurged.

I decided to change my business model and that would mean saying no to multiple expensive vacations each year. Also saying no to expensive suits, shoes, clothing, and weekly dinners out.

There, I balanced the budget and went on with the daily training of Porthos. This included walking and cuddling, even at my desk while serving my clients online.

After a year, we purchased Bailey who became instant friends with Porthos and together they were trained, and you can see results in this video Click Here to View. We lost Bailey six years ago to heart disease. But after six years I was able to rebuild income a bit with new management software sales and I reduced my travelling to one or two trips per year.

When Bailey passed, Porthos missed her a lot. So, I would take him everywhere with me. To the bank, shopping and even on road trips to see my family. One time I remember we stayed in a Holiday Inn for a few days. Of course, the doors would open automatically as you approached them and the same with the elevators. Porthos became so used to that service that he walked right into a door afterwards thinking that it would open for him. I could not stop laughing. At this time, he was eight and he too was diagnosed with heart disease. Luckily there was a new medication that was very helpful. Additionally, we changed our way of caring for dogs and started feeding raw and healthy and stopped vaccinations and instead performed tittering. Eight years ago, we thought he would have one or maybe two years left. Every day since I always gave him a big hug and kiss knowing that one day soon his day would come.

Hence, we got Butler.  At eight, Porthos was the older dog, and they did not play together often but Butler had the highest respect for Porthos and would never challenge him. He always retreated when Porthos wanted something. But sadly, I think Porthos felt a little less important with Butler taking the stage as a puppy.

But mostly I look back with gratitude. Thankful that he was the catalyst that changed my life. Allowed me to be home, all the time. We went camping, agility courses and we did so much together. Healthy things. Not all-inclusive resorts, no more Hawaii, but more of each other, family.

Being at home allowed me to dream about things. I dreamt of a Vespa and that started this blog and my journey through many motorcycles, trips, mechanical repairs, until today, an MGB.

Every morning and at night when I fed Porthos and Butler, Porthos would finish first and immediately start licking his bowl. We called it polishing the bowl. Once Butler finished, Porthos would move to his bowl. Also, they would wear snoods to keep the food out of their ears and Porthos’ s snood was a rabbit. Butler would pull the rabbit off Porthos’ head and chew the food off the rabbit’s ears.

Last night after Butler finished his dinner alone, he walked around the house. Every space where Porthos used to sleep. I believe he was missing the rabbit’s ears. Perhaps at that time his thoughts were of his big brother. He then went back to the kitchen and began polishing the bowl by himself, something I have never seeing him do before. That was always Porthos’ job.

Porthos lived and met Oddie, Bailey and Butler. Three generations of dogs. But Bailey was his dog soulmate.

Will Porthos be missed? Most definitely. I was not able to write this post without shedding tears.

I will always remember Porthos with one word, Gratitude! 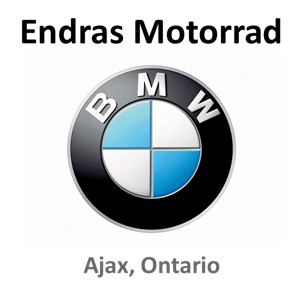